Easter 1916: Pittsburgh Remembers will center on Commemoration Weekend, April 15-17, 2016 featuring educational, cultural, entertainment, social and interactive events.  This is now a sell-out event and looks to be a great one.

All three indoor events are now sold out. The outdoor Pittsburgh GAA event is open to the public, free of charge and can accommodate everyone.  Children under the age of 12 can receive free admission.  Once you’ve purchase your ticket(s), if you plan on bringing anyone under the age of 12, please notify us here.  We need this for planning purposes.

Travel back in time to 1916 with Alan Stanford and a select group of performers as your guides. The Artistic and Executive Director of the Pittsburgh Irish & Classical Theatre (PICT) has prepared a program that will take you on a musical and poetic journey to Ireland at the turn of the 20th Century. At that time, the winds of global change were stirring and the leaders of the Rebellion sought to include Ireland with other small nations seeking independence and democratic governance.  The leaders of the Easter Rising were poets, educators and artists who knew there would be no turning back.  You will see, hear and feel what it was like to be at the pivotal point in Ireland’s history.  The program will feature the soulful words and works of those died to establish a free republic.  This evening promises to be more than a performance but rather an experience that will touch your heart and draw you closer to Ireland in 1916.

A special historical exhibit will be on hand to provide context for this one-of-a-kind evening.

About the Event: The Grand Hall at The Priory is a fitting venue for this first class evening of history, performance and reflection.  Time: 7 p.m.  Includes appetizers, cash bar and more. 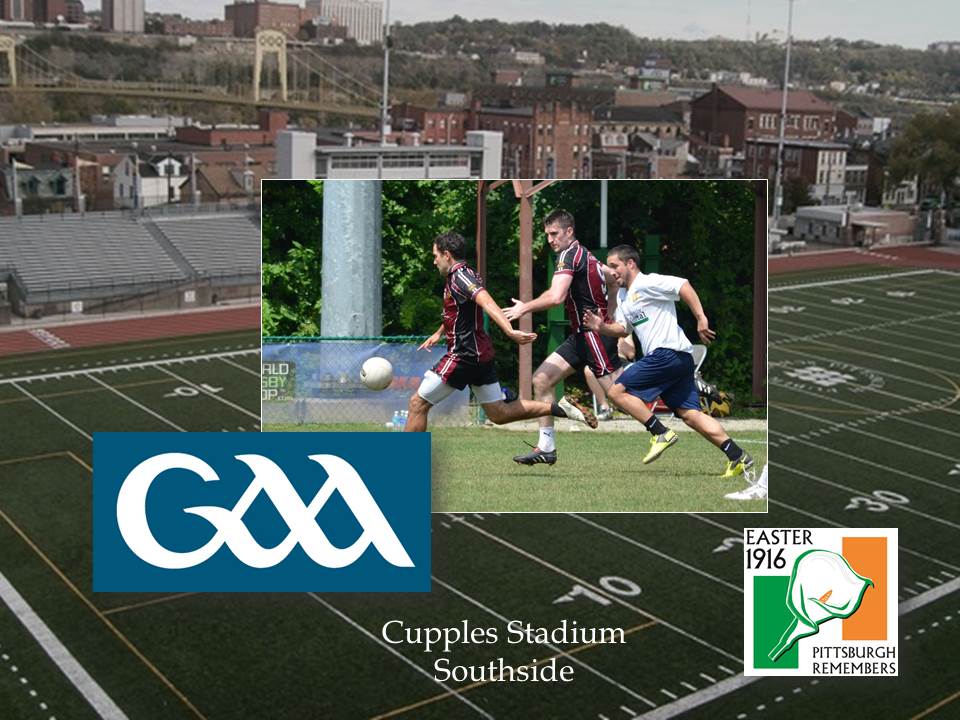 Venture outdoors with the Pittsburgh Gaelic Athletic Association (PGAA) as it hosts a special exhibition of Irish football and hurling.  Dating back to 1884, the GAA has provided the Irish people with two of their most favorite pastimes.  With free admission, spectators can discover why so many in Ireland and the U.S. love these popular sports. The event, which will feature the Pittsburgh Banshees Ladies Football team, and the Pittsburgh Pucas Men’s Hurling team, will also feature an exhibition game between the Pittsburgh Celtics Men’s Football team and the Cleveland GAA.

About the Event: Cupples Stadium on the Southside hosts the event that is free to the public.  Time: 12 p.m. 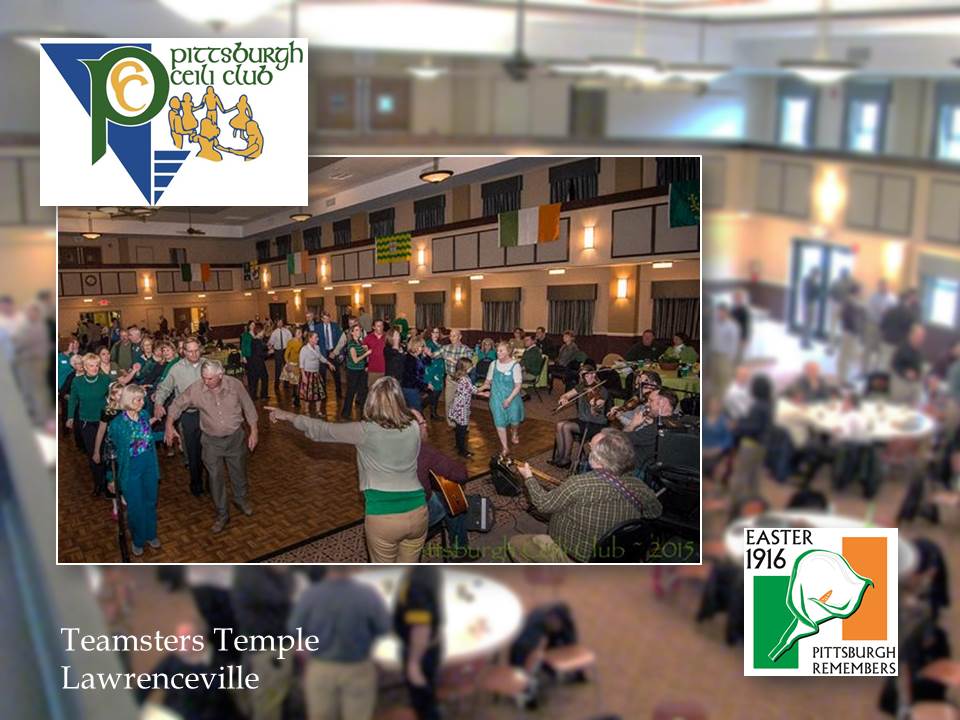 Kick up your heels or just enjoy an evening of performance!  Listen to Irish music, watch Céili Irish dance and feel free to jump right in to celebrate Irish culture with old friends or new ones!  The event will feature traditional Irish music by local seisún musicians, ballads from Jim Lamb, and a performance by the Shovlin Academy of Irish Dance.

About the Event: The Teamsters Temple in Lawrenceville is perfectly suited to host a high-energy evening of music, dance, laughter and great conversation.  Time: 7 p.m. Includes food, soft drinks, beer & wine, BYOB.  In keeping with the community tradition of céili, we ask attendees to bring a dessert to share for the dessert table.

Creating Understanding – Putting It All Together Sunday, April 17th 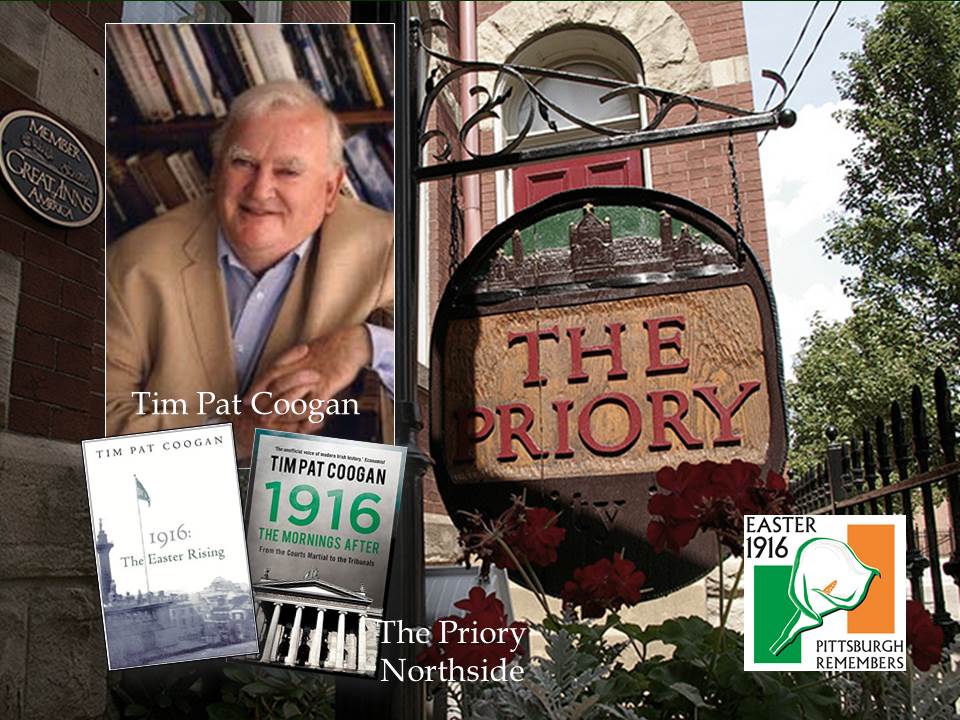 We will cap Commemoration Weekend off with a world-class event featuring Tim Pat Coogan, renowned Irish historian and author, one who knew many of the people with direct ties to the Rising.  He is the featured guest in a program that will explore the history of The Rising and how it led to the establishment of what is known as the Republic of Ireland.  Coogan has spent the majority of his life documenting, preserving and helping to interpret the meaning of Ireland’s history over the past 100 years.  He has written extensively on The Rising and its impact on Ireland. 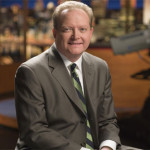 The event will also feature a special historical exhibit, and the Presentation of Awards to Student Literary & Visual Arts Contest Finalists. Finalists are high school and middle school students who have participated in a special art, essay and poetry contest centered on The Rising.

About the Event: The Grand Hall at The Priory will host this afternoon of enlightenment and good old-fashioned story telling with the proper historical context.  Time: 12 p.m.  Includes luncheon and cash bar.

Pittsburgh is Part of a Global Commemoration

Cities around the world that will market the Centenary of the Rising, in addition to Pittsburgh, include: Washington, D.C., New York, Buenos Aires, Tokyo, Sydney, Melbourne, Brasilia, London, Abu Dhabi, Helsinki, and many others.

Please bring your printed ticket or electronic ticket on your phone with you to the event you attend.