The “Road to Rebellion”

Please feel free to read and share these excerpts from Mike McCormack’s easy-to-read history of the major events that led to the 1916 Rising:

About Mike McCormack,  Author and National Historian, Ancient Order of Hibernians (AOH) –  Columnist and feature writer for several Irish and Irish-American newspapers and magazines and former editor of the National Hibernian Digest, Mike began his service to the Ancient Order of Hibernians (AOH) as Charter Secretary of AOH Div 9, Suffolk, NY in 1968.  He also served as VP and President before his knowledge of Irish history earned him the position of Division Historian.

He became the first ever to win the bronze, silver, and gold AOH National Essay Competition Awards in three consecutive years (78, ’79 & ’80).  He was elected Suffolk County VP and was soon County Historian.  He was elected NY State Board Director in 1982 and by 1984 was State Historian.  In 1988, he was appointed to the National Board and was soon made National Historian, becoming the first person ever to concurrently hold those offices at all four levels of the Order.

He led the effort to provide historic landmark status for the former Suffolk home of Irish patriot, Tom Clarke, erecting a monument of Wicklow Granite at the site.  He also led a nationwide fund raiser to put Irish-born John Holland’s original submarines on proper museum display in Paterson, NJ. 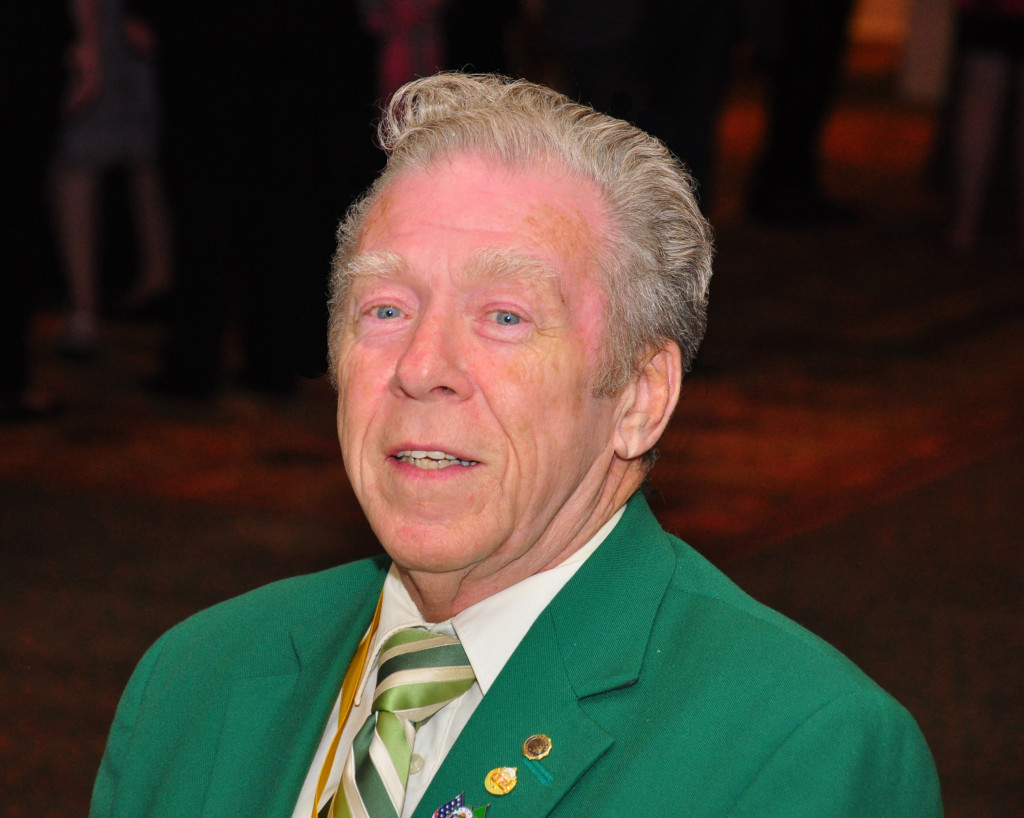 He hosted an Irish Radio program for 21 years on which he regularly broadcast vignettes of Irish history. That led to a published 3-volume collection entitled Echoes of Irish History which are in the National Library of Ireland.  He followed them with 7 more booklets on Irish history and 3 books for young readers on St Patrick, St Brendan the Navigator and Brian Boru.  He also produced 3 CD’s on Irish musical history and 2 historical DVDs.  In addition, he wrote, scripted and produced a two-act Siamsa (musical  story), entitled Emigrant-Immigrant  with top Irish entertainers which was presented in New York’s Town Hall and later recorded on DVD. His latest Book ROAD TO REBELLION has been critically acclaimed as concise, informative and well-constructed.

He chaired the creation of a museum panel display on the history of the AOH.  He also designed a commemorative medallion and wrote an updated history of the AOH for the 175th anniversary of the Order.  He continues to annually judge Irish entries at the National History Day finals at the University of Maryland and attends national Social Studies and History teacher’s conferences to promote the teaching of Irish contributions to America in their classrooms.  A recent book Hibernian Heart was donated to the Hibernian Charities Inc. and is still being sold.

Fellow historian and author of many books on Irish history, Morgan Llywelyn, wrote of Mike, Mike is a special man, with a passion for history and a gift for friendship.  Both qualities are very Irish, as he is, and both qualities shine through his work.  Historian and author of Blood on the Harp, Turlough Faolain, wrote of him, Mike is a veritable treasure trove of the Irish arcane.  He is also a man who makes the forgotten art of listening an absolute delight.